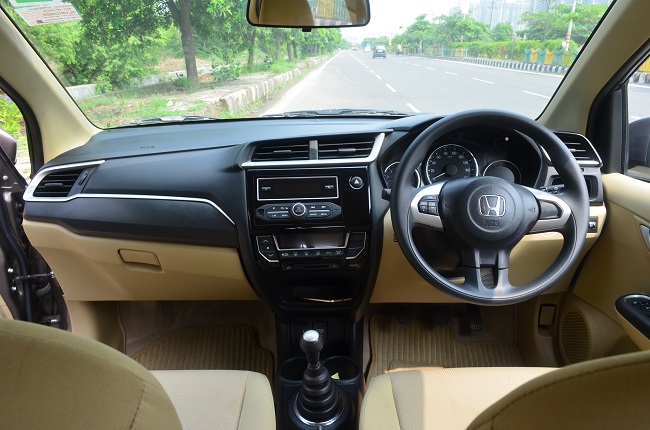 Being my first vehicle of choice after my beloved Esteem back in 2013, I just couldn’t finalise the Honda Amaze iDtec. It wasn’t just a voice in my head but a clear decisive thought and I chose the Honda City iVtec for myself. In the year 2016 Honda came up with a facelifted version of the Amaze, the changes were majorly cosmetic but that was just what was needed to make a clear cut distinction between the cabin of Amaze and Brio. When I drove the facelifted version I was quite amazed. With the next-gen Amaze due for 2018, I had to take this version for a long haul in what we presume to be its last leg.

India is Fuel economy crazy country and the scene was pretty lit even before Amaze but the fuel economy figures of the Amaze were putting every car to shame. It was the most fuel efficient vehicle in India when it was launched and it remained there for quite a while, only to be taken over by the same engine mated to a better transmission in its sibling. Not to forget it was the first Diesel offering from Honda in India. 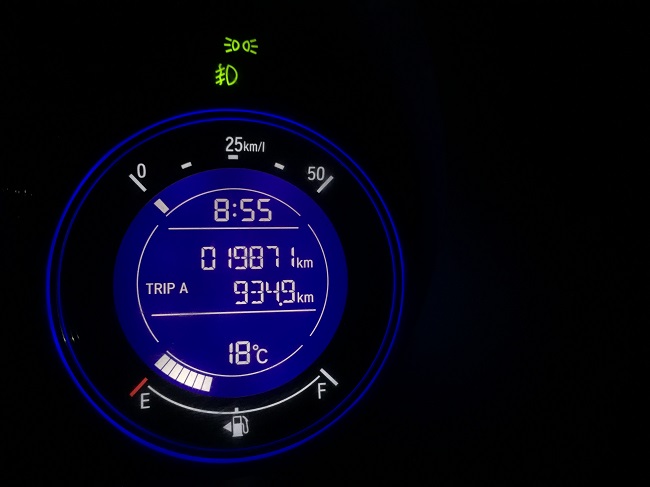 No disagreeing on the fact that it is far from being perfect but its still a better package compared to all its competitors even after being in the market for so many years. No Apple Car play, Android Auto, no projector headlamps, no DRL’s, no issue this car overlooks the superficial feature lists for once and for all. With 100 bhp at disposal and 200nm of torque which kicks in as early as 1300 rpm this car can take on City roads as well as Highways with ease. My daily commute being around 30kms daily and one trip from Delhi to Agra this month I got to experience how is the Amaze to live with. On the highway surprisingly it was holding onto engine speeds better than Jazz or City, kudos to its old school 5 speed manual gearbox. Having clocked near 20k already and with heavy driving on Delhi roads which haven’t been at their best in past few years there are no squeaks or squeals. Even the suspension has no issues which is quite an achievement (my personal Honda City has to undergo regular suspension maintenance as each 5k are clocked. Thumbs up to Amaze for its suspension too. 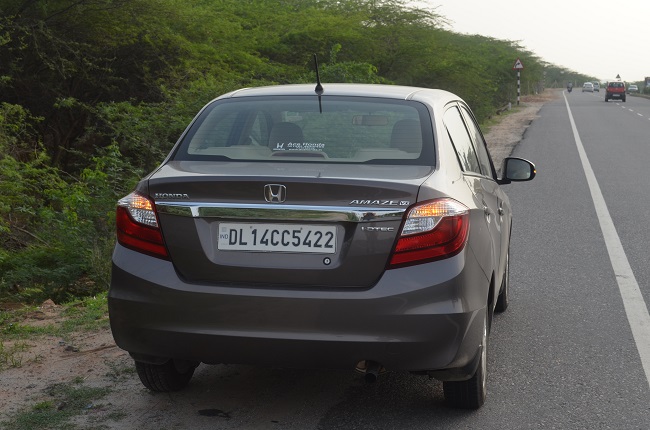 You will often find me saying that Honda cars are best suited for India and they indeed never let you down. These machines are so high tech, durable and reliable it really comes across as a shock at this price. This month I drove around with a heavy foot yet the fuel economy was around 18.3 kmpl. The braking has been spot on, the steering is very direct and connected, large glass area and high seating ensures good visibility too, though there is fair bit of body roll for which seat contours and padding can take the blame.

You cannot find anything to complaint about the Amaze. Apart from the seats there is nothing else to complain about in this car. It is very much capable of going from one corner of our country to the other without any hassle. The only card played by its competition is to label Amaze as “DATED” I would rather say that the Amaze is still the best option for your every penny’s worth.

No comments to show.